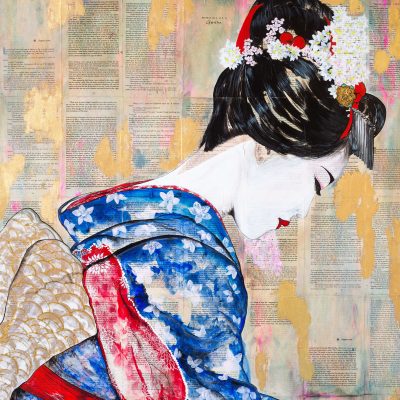 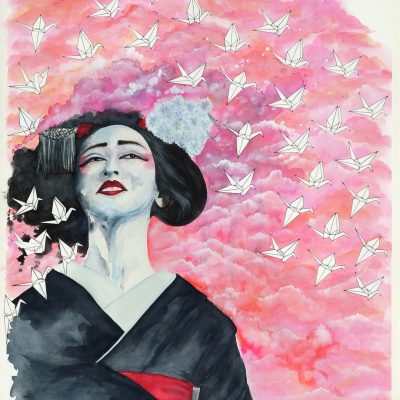 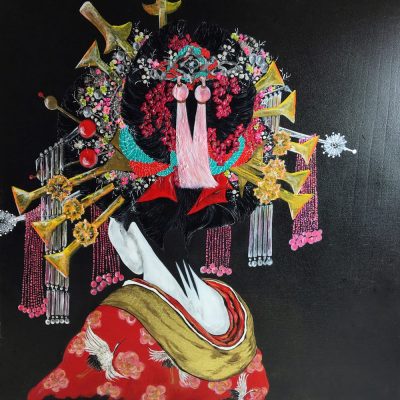 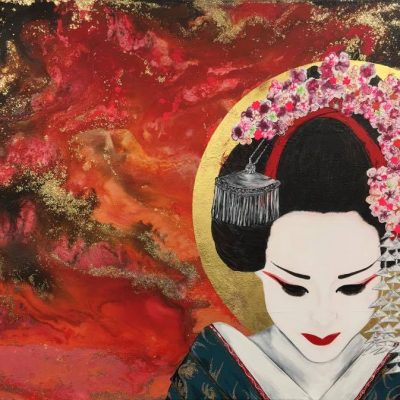 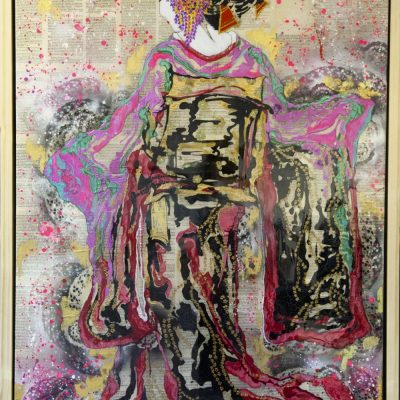 A geisha is a traditional Japanese entertainer. Often confused with a courtesan, or a prostitute, geisha instead are known for their distinct make-up and attire, their elegant and graceful dance, and their demure conversation. Evolving in the mid-eighteenth century, from the pleasure houses of Japan where courtesans would entertain the samurai, the first geisha were actually men, who entertained the guests with drums and music. However, the men were gradually replaced with female dancers, referred to as geiko, who proved much more successful and popular. The term geiko is still used to refer to senior geisha who have passed all their exams; junior geisha still in training are called maiko.