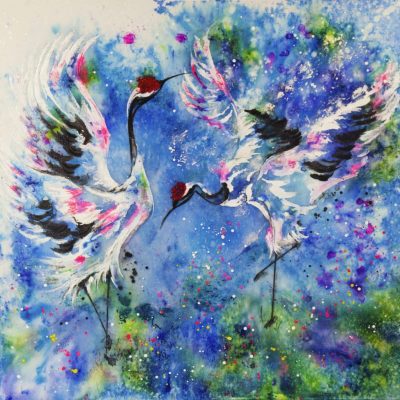 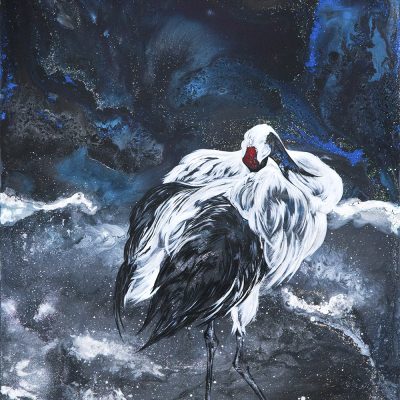 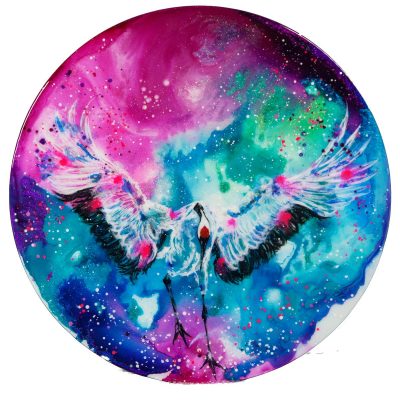 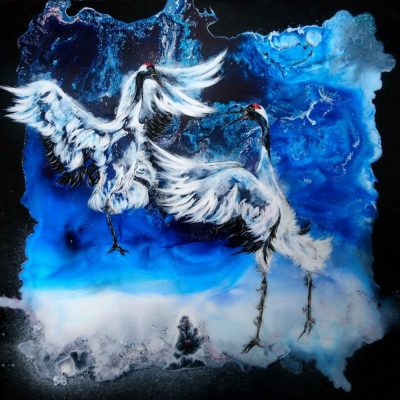 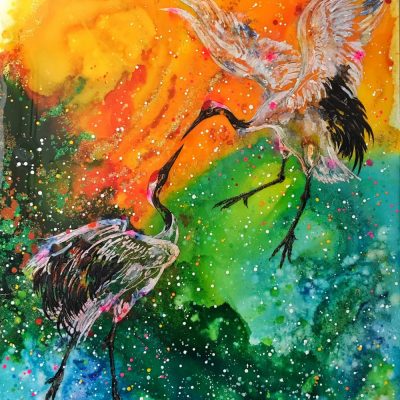 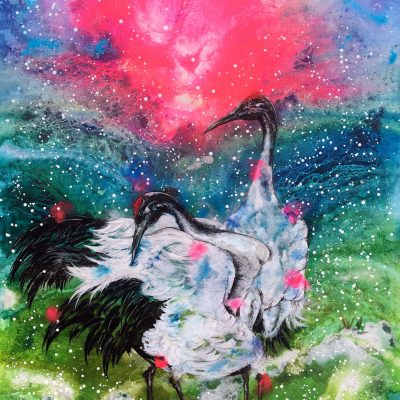 The Japanese crane (Grus japonensis) known as the red-crowned crane, also called the Manchurian crane, is a large East Asian crane among the rarest cranes in the world and is sacred and seen as a symbol of fidelity, good luck, love and long life in the Orient.  It is also the second rarest crane species in the world. These tall, graceful birds are mainly white in colour with black lower wings.The wingspan of the Japanese crane measures up to 2.5 metres!  Japanese cranes are the most aquatic species of crane and prefer to forage in deep water.  Japanese cranes usually pair for life and perform an elaborate, synchronised, balletic courtship dance to reinforce this bond.